Over ten years ago, soon after finishing a doctoral dissertation on the rise of Global Internet Governance, I launched a project called the Indaba Application Network (IAN). The word Indaba — an old African term for “important meeting” — is a reminder that group decision-making is rooted deep in human culture. I framed IAN’s mission as “building better tools for better democracies.”

The goal was to engineer a radical advance in the practice of informed and thoughtful public engagement. The strategy was to enable that advance by creating a new generation of interactive crowdsourcing venues. The initial plan was to invent a ranked-choice ballot mechanism robust enough to serve as the cornerstone for a massively scalable civic media platform. The measure of success depends on being able to demonstrate real utility for a proliferating number of users across a diverse and growing channel space.

The results so far include pioneering breakthroughs, hard-won insights, and a series of working prototypes on the Web and Facebook, primarily in the form of polling apps and data analytics. The current challenge is to combine IAN’s mission and method with a viable market.

The next US Presidential race presents a real opening to do so.

I believe there is significant pent up demand for high quality political advertising, and that a ranked choice platform can serve as a tool to engage candidates and voters who are looking for smarter ways to express themselves. My work on AimsPoll.com has been an attempt to reach them.

As an institution that once aspired to promote public citizenship through a party environment, the Ames Iowa Straw Poll needs a smart successor. AimsPoll seeks to combine polls about candidates with polls about priorities, presentation, and partisan platform building.

I’ve been looking for opportunities — particularly in Iowa and New Hampshire — to build up IAN as a media company that started out providing services to straw poll hosts, town hall venues, public opinion research firms, and so on.

A related brand is Sygnol, which will deliver the API platform and the namespace through which AimsPoll and other IAN channels would proliferate. Sygnol’s mission statement is taken from Richard Buckminster Fuller, “To change something, build a new model that makes the existing model obsolete.”

Sophie and her husband Nicolas collaborated closely with Thomas Paine when he lived in France during the 1790s, forming clubs and publishing a magazine. She also translated his books into French. Nicolas de Condorcet created a ranked choice tabulation system that remains highly regarded today. Any RCV wonks reading this might appreciate my most recent experiments on how to visualize Condorcet results in a modern way.

One or two last things… In my mind, the purpose of Open Source is to open green fields for experimentation and healthy growth. I’ll always sing the benefits of Open Source, but I’m not one who uses it exclusively in my work on IAN. Also, I’m a descendant of the “demo or die” and the “rough consensus and running code” traditions of programming culture. Nevertheless, as a tool builder I recognize that principles are tools, too. So I look forward to any opportunities to engage with people who believe that a first-rate software platform needs to be complemented by a solid philosophical one. 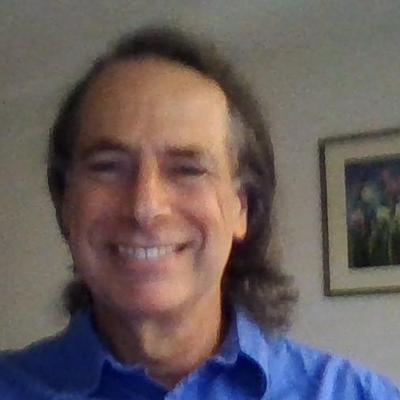